Is the Pill Making Me Crazy? 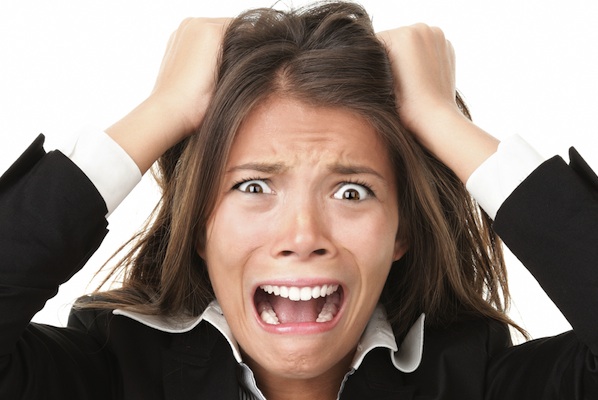 We all have that one friend, don’t we ladies? You know-the “crazy” one. The girl who’s just a little too possessive, a little too emotional, or a little too unpredictable for comfort. There’s no doubt you love her, and at times even sympathise with her because hey, we all have our moments, right? Yet even as you read this you’re thinking about some of her more wild antics and thanking your lucky stars that you’re the “stable” one in the friendship.

So, we’ve established that you’re completely sane and as unshakable as the Rock of Gibraltar, but what happens when all of a sudden… you’re just not? What happens if suddenly you begin experiencing unexplained mood swings? Intense feelings of loneliness or overwhelming paranoia? If you find yourself regularly crying for no reason, or perhaps accusing your faithful boyfriend of cheating on you just because he had to work late at the office one night… are you still the unshakable girl who’s got it all together OR are you (dare we say it) becoming the crazy one?

As far-fetched as this may sound, many modern women who use hormonal birth control pill are finding themselves faced with this very question. As oral contraceptive usage has become more popular, more and more women are beginning to question whether the pill comes with a bevy of mental and emotional side effects that up until now, have been largely taboo topics of discussion.

Is the Pill Making Me Crazy?

One of the most common complaints women share when they first begin a new birth control regimen is the moodiness they seemingly suffer. Extreme mood swings, an inability to control their emotions, unexplained and often hysterical crying sprees, ravenous hunger, paranoia and excessive clinginess all get blamed on the pill with, as it turns out, very good reason.

You’re not crazy! Good news, ladies! It’s not all in your head. Nor are you imagining these subtle (or not so subtle) changes to your psyche. Best of all, you are not alone in experiencing any of these things either. The fact of the matter is that, as with any new drug you introduce to your body, there is inevitably going to be some period of adjustment to undergo; especially when the drug is hormonal in nature. Every woman is a wonderfully unique creature and the specific ways you react to the pill may vary significantly from your girlfriends’ experiences. That’s ok too. You’re still not crazy.

Some women notice a change immediately. As soon as they begin taking the pill they start to suffer from some or all of the aforementioned symptoms. Their bodies have been flooded with a strong dose of hormones and are struggling to absorb the drug, process it, and ultimately reach a new point of hormonal balance. This may take anywhere from a couple days to a six months, though most women usually report feeling largely back to normal after a just a few weeks on the pill.

On the other hand, there’s also a large percentage of the population who notice no adverse side effects whatsoever when they first begin using oral contraceptives. For these women, it’s not until months, (or sometimes even years) later that the craziness starts to creep in! As you may be aware, hormonal birth control has a cumulative effect on the body; it builds up and accumulates over time so that some women do not reach a level of hormonal imbalance until they have been on the drug for awhile. (This accumulation effect is why you have to take most pills for 2-3 months before they will actually prevent pregnancy).

Each scenario is frustrating and frightening in it’s own way; it’s an uncomfortable feeling not to be in control of ones own moods. Luckily, even if your body reacts negatively to your birth control, for most women there are some simple solutions. As we mentioned previously, the majority of women will reach a balance and feel back to normal on their own, once their bodies have a chance to adjust. Many women too, find that while one brand of the drug may make them feel ready to check themselves into the psyche ward, simply switching to a different brand, or a lower dosage level will often make a huge difference.

True, there is a tiny segment of the population for whom hormonal birth control may truly not be the best option but before you write the pill off as a guaranteed crazy button, we would highly encourage you to speak with a doctor, explain your symptoms and concerns and be willing to make some minor adjustments to your contraceptive regimen.

Secure: This page and your details are protected with 256bit encryption.
Discreet: Your information will be treated with the strictest confidence and never disclosed to third parties.
Professional: Our doctors are fully qualified and registered with the UK GMC.

Debit and Credit Card
Paying by card is the quickest and easiest way to pay for your order online.

All medications are shipped by Royal Mail Special Delivery. Royal Mail guarantees delivery before 1pm the following day. We take the discretion of our customers very seriously so you'll never find any mention of the contents on the outer packaging.